1941 moves the setting from the Pacific Theater to the Western front in the North Atlantic Ocean. Player 1 controls the traditional Lockheed P-38 Lightning, while the de Havilland Mosquito debuts in this game as the Player 2 ship.

In 1941 the gameplay became more fast paced compared to it's predecessors. The first button is used for shooting, while the second button uses a screen-clearing bomb. The fuel system has been reworked, as now the player has a limited number of hits it can take (three on the machine's default settings). This game also sees the return of the charged shots from the NES version of 1943: The Battle of Midway, which here will vary depending on the weapon equipped.

NOTE: The order of the missions is different between the Japanese and International releases of the game, with mission 3 being the first in the japanese versions. 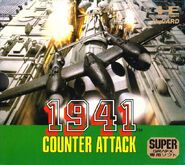 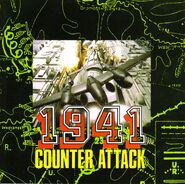