Ayako is a recurring boss in the 1940 series, first appearing in 1942 as the sole boss in the game. It appeared again in 1943: The Battle of Midway as the third boss, receiving different revisions in the same game.

The Ayako I is based on the Nakajima G8N heavy bomber (though it has one extra pair of engines compared to it's inspiration), while it's name is a reference to the music composer of the game, Ayako Mori.

The Ayako is fought four times during the game. It always comes from the top and shoots spread shots at the player. destroying it grants a 20000 points bonus.

Fought during the third stage, the Ayako will stay at the top of the screen. It first shoots a handful of bullets at the player then shoots a spread of bullets. Only it's engines can be hit, blowing up in pairs before the bomber is taken down. The first Ayako only has four engines, compared to the six of the other revisions.

Later in the game the player will face revisions of the Ayako, in stage 9 and 13 respectively. These revisions have the six engines from the original design, which blow up one by one. Otherwise they attack in the same way as the first Ayako. 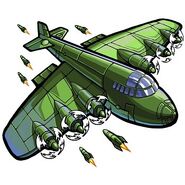 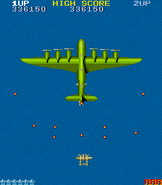 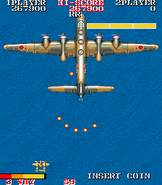 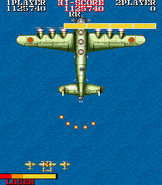 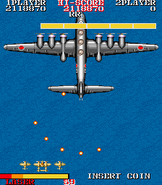 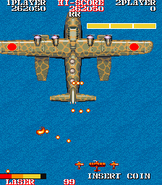 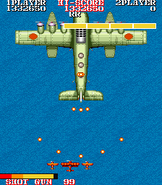 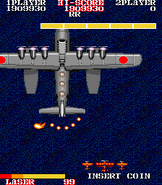 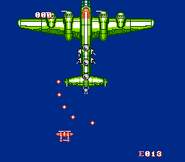 Ayako I in the NES version 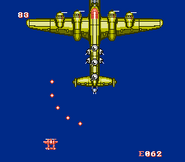 Ayako II in the NES version 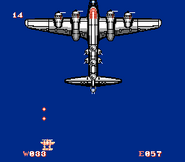 Ayako III in the NES version 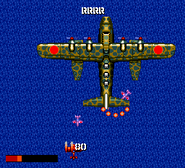 Ayako I in the PCE version 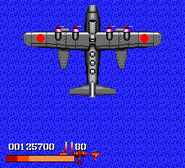 Ayako III in the PCE version 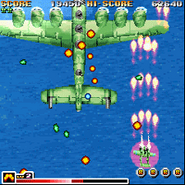 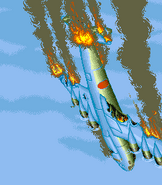