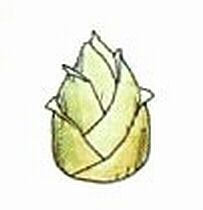 The Bamboo Sprout, or Bamboo Shoot, is a recurring item in the 1940 series. It's use vary from each game.

This item first appeared in 1943: The Battle of Midway. It is a rare item which appears by hitting certain spots in the stages and grants a 2000 points bonus. In the NES version of the game, finding this item will grant the player with an extra point to distribute to one of the ship's stats.

The Bamboo Sprout shows up again in 1944: The Loop Master. By shooting a green plane formation with the charged shot, it will appear instead of the POW, granting the player a large energy refill. 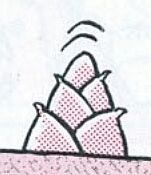